There are many different types of rewards from treats and toys to affection from us, but right now I’m going to focus on functional rewards.

Functional rewards would have to be the least recognised but most commonly used reward by owners with their dogs. Most of the time we don’t even realise we are doing it.

So What Is A Functional Reward?

– going for a walk or to the park
– being let out to the toilet
– being let inside
– attention from humans or other animals
– creating distance from a scary object, person or animal

While everything in the above list would be rewarding to most, if not all dogs, the behaviour that results in the functional reward is different.

When you grab your keys, the dogs lead or your jacket, the dog usually picks up on the fact that you are likely heading out for a walk with the dog. Your dog may run excitedly to the front door, sit patiently and wait for you to clip their lead on before receiving the functinal reward of going for a walk. Alternatively, your dog may bark madly while jumping up and and down on you as you attempt to clip the lead to the dog’s collar before being pulled to the front door and out for a walk. Both scenarios result in a walk, but I know which behaviour I want my dog to be exhibiting to get that reward. 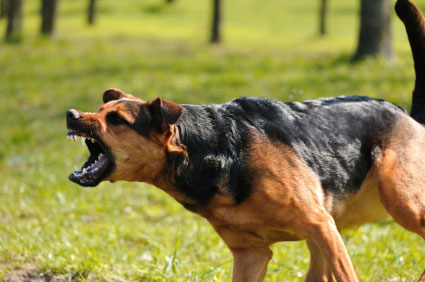 The last item on the list also has many different behaviours that will result in a dog getting the space it wants. Some dogs will calmly walk away, others will give signals such as sniffing the ground, lip licking, turning their head or entire body in avoidance or yawning. There are also some dogs that will snarl, snap, lunge and bark. All these behaviours create space for the dog however there is certainly one that is a undesirable behaviour that we would like to change.

Now that you understand functional rewards, it is important to focus on and diminish the undesired behaviours that are being rewarded and create new desirable behaviours for the same reward. We do this in two ways:

If you pick up the dog lead and the dog begins to jump on you and bark (undesirable) then put the lead down again or ignore the dog until it settles. Once it stops jumping, ask your dog to sit and when it does, clip the lead on.

The dog has sat and the lead has been clipped on.

Once the lead is on, the new functional reward will be walking to the door, so ensuring you do not walk to the door unless the dog exhibits a desireable behaviour is important.

As with the last example of the reactive dog, in order to reduce reactivity using functional rewards (as opposed to treat rewards in this blog – Reducing Reactivity in Dogs) you must create an alternate behaviour to gain the reward of space. In this case, the best option is that the dog turns and walks away on it’s own, or offers the other body language behaviours mentioned above. Creating these scenarios is more complex than other training scenarios therefore it is always a good idea to contact a trainer to help you to ensure you keep your reactive dog below threshold as this is important for the success of this training.

This site uses Akismet to reduce spam. Learn how your comment data is processed.